If you only have 48 hours to explore and play in the ancient city of Porto, you can either be the sensible traveller and fill in your days at your own pace, or roar around this fascinating city in a blur, hanging out in the nightclubs that stay open until 6am.  Then you can go straight to breakfast for coffee and natas (those iconic mouth-watering warm tarts that literally ooze custard into your salivating mouth). 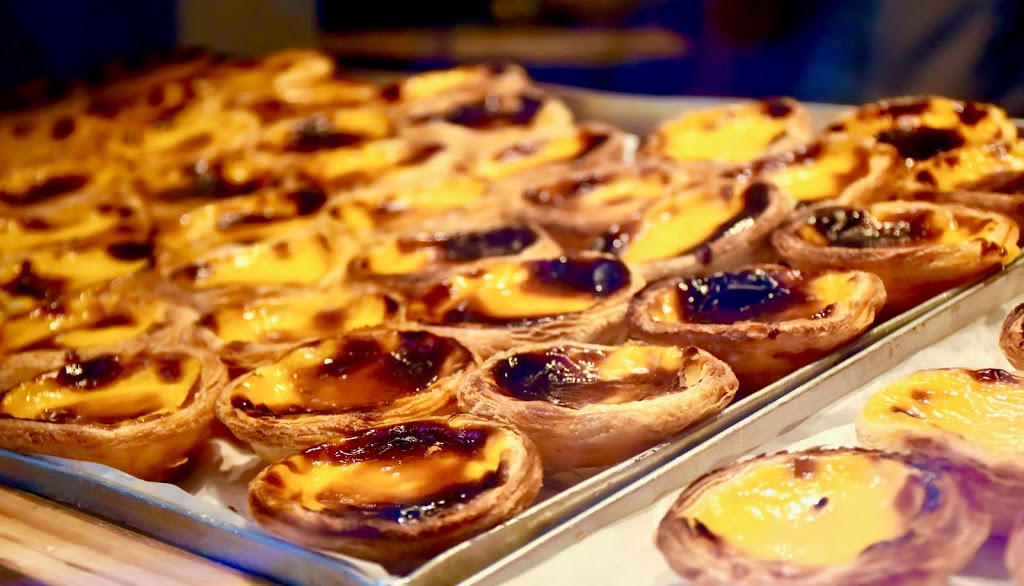 A coastal city in the northwest of Portugal, its ancient heart is a UNESCO World Heritage site.  The second-largest city in Portugal, it has been occupied by the Romans, invaded by the King of the Visigoths and subsequently fell under a Moorish Muslim invasion in 716.  From medieval walls, narrow cobblestoned streets of shoulder-to-shoulder dwellings and washing blowing in the breeze from decorative and rustic wrought-iron balconies, Porto is a living history book of Baroque and Romanesque churches, old merchant houses and eclectic cafes.

Spend the first 24 hours in exploration mode checking out the city by jumping onto the “hop-on-hop-off ” tourist bus and taking photographs ad nauseam.  Always a great way to get a feel for a city, if somewhere takes your fancy, you can just get off the bus to explore on foot and get the next one running through. 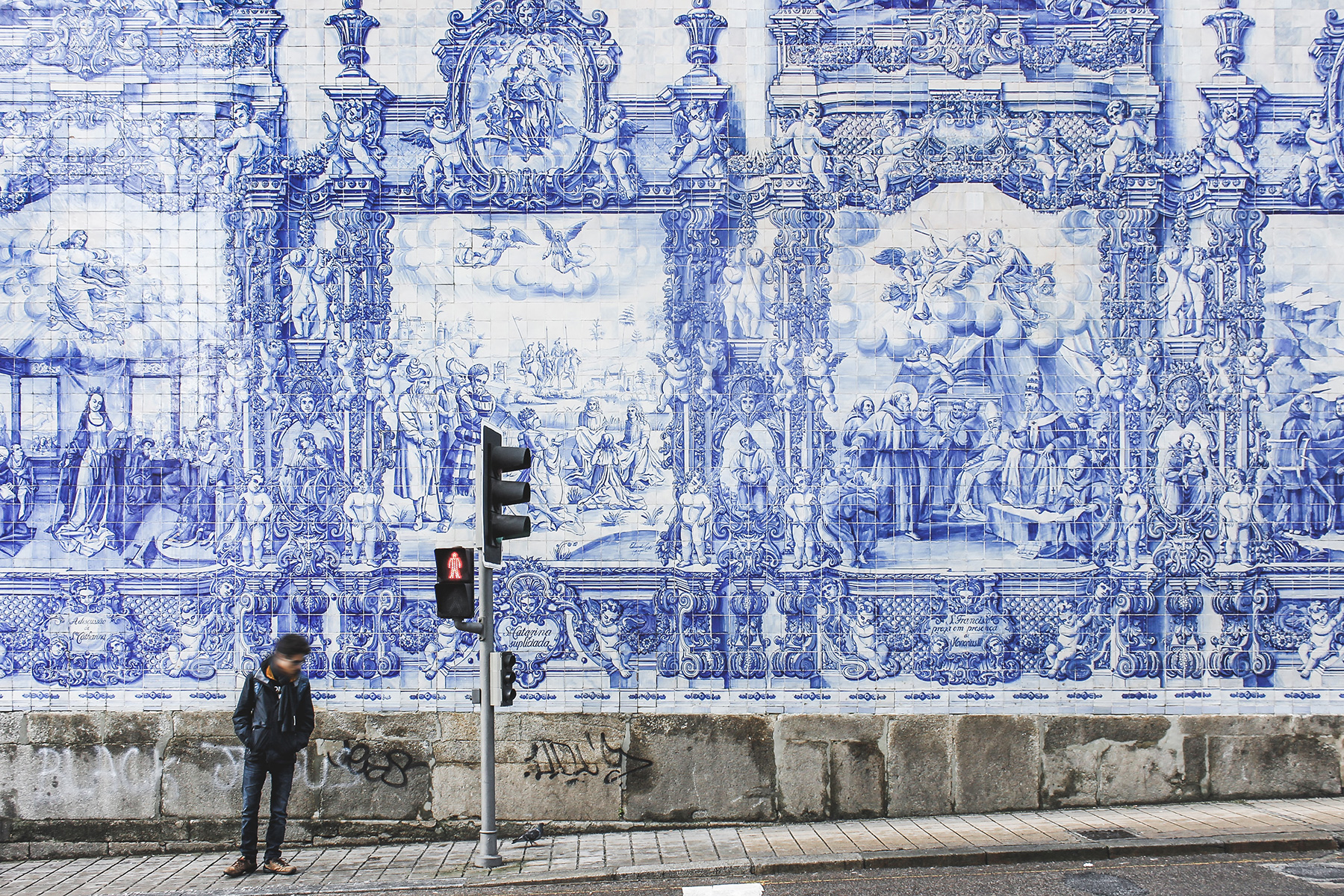 Photo by Dominik Kuhn on Unsplash

At the trendy enclave of Foz do Douro you can have a peek at the Foz do Douro Lighthouse, as this is where the wide Douro River meets the ocean.  Strutting your stuff along the seafront promenade, you will come across numerous restaurants where you can savour not just the food on offer, but the view as well. The Soares dos Reis National Museum is worth poking your nose into for its outstanding collection of religious art that was confiscated from Portuguese convents and for exhibitions by famous Portuguese painters and sculptors such as Domingos Sequeira and Silva Porto.

For those in need of a bit of heavenly intervention, Porto Cathedral’s harsh facade retains many of its 12th-century aspects, plus showcases the Baroque redesign it underwent in the 17th Century.  The ardent fans of “Harry Potter” all rush to the “Livraria Lello” that is one of the oldest bookstores in Portugal that will have you spellbound with its wooden staircase and stained glass skylight.  Apparently, J.K. Rowling hung out here when she lived in Porto. 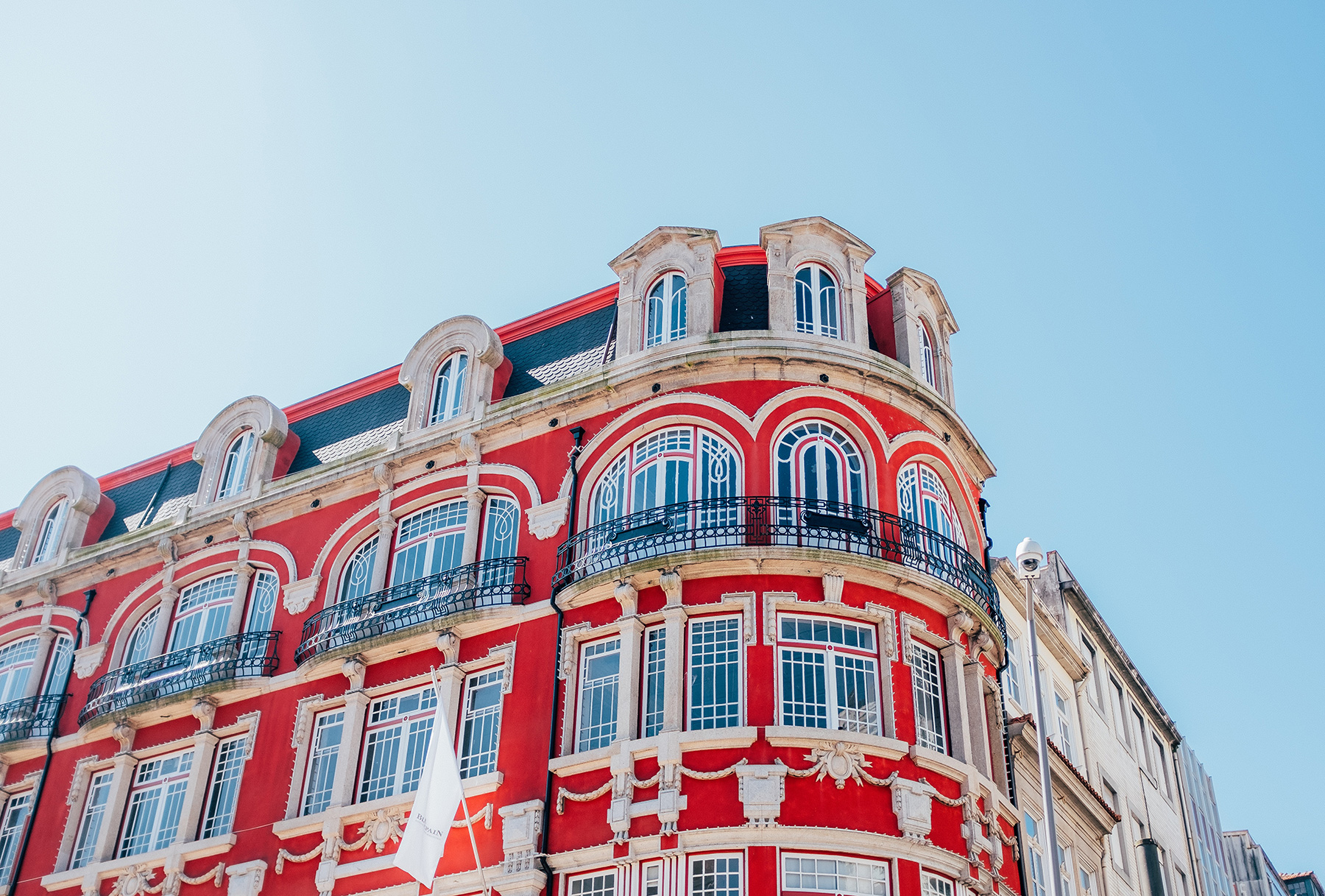 Photo by Ricardo Resende on Unsplash

The second 24 hours play along the riverfront after negotiating the little streets and alleys of the Ribeira district that flow downhill to the Douro banks.  You will stumble over doorways that lead to quaint cafes dishing up local cuisine for half the price you will pay along the riverfront. 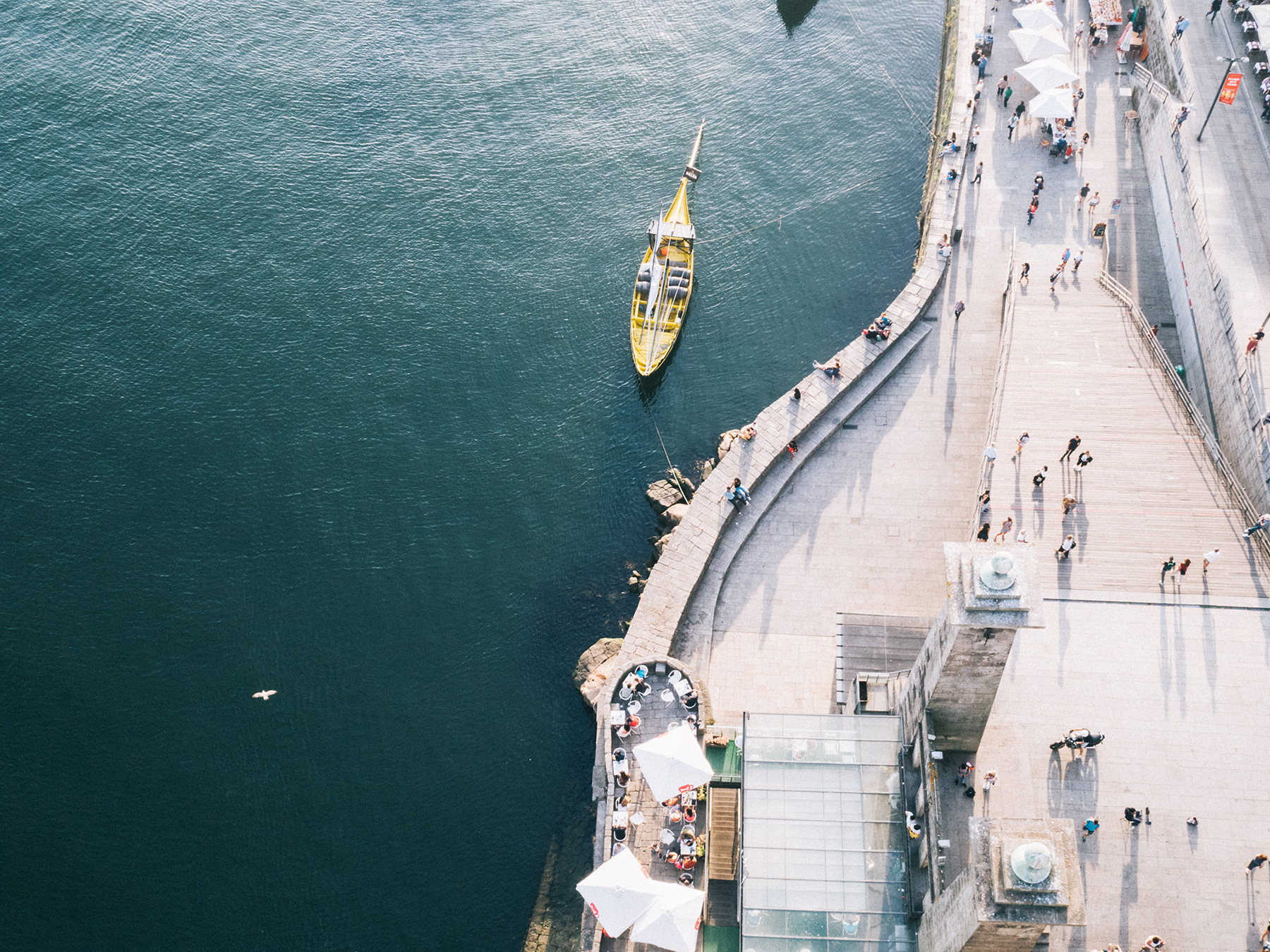 Photo by Luca Dugaro on Unsplash

Walk over one of Porto’s famous bridges, such as the Luís I Bridge and get a fright when you look 45 meters down to the water below or when a train decides to blast its way past you.  Take the time to snap some pictures of the pastel-hued houses lining the dock area and explore the little dark alleys hidden in behind the cafes and restaurants lining the wharf.

For those that love to be on the water, you can take a trip down the river for an hour on one of the cruises on offer, as you will have a gobsmacking view of the city soaring high into the sky from the river’s level.  Or, you could merely jump onto one of the many ferries that will take you over to the south bank of the Douro to Vila Nova de Gaia where the port wine cellars will beckon you with tempting tastings. 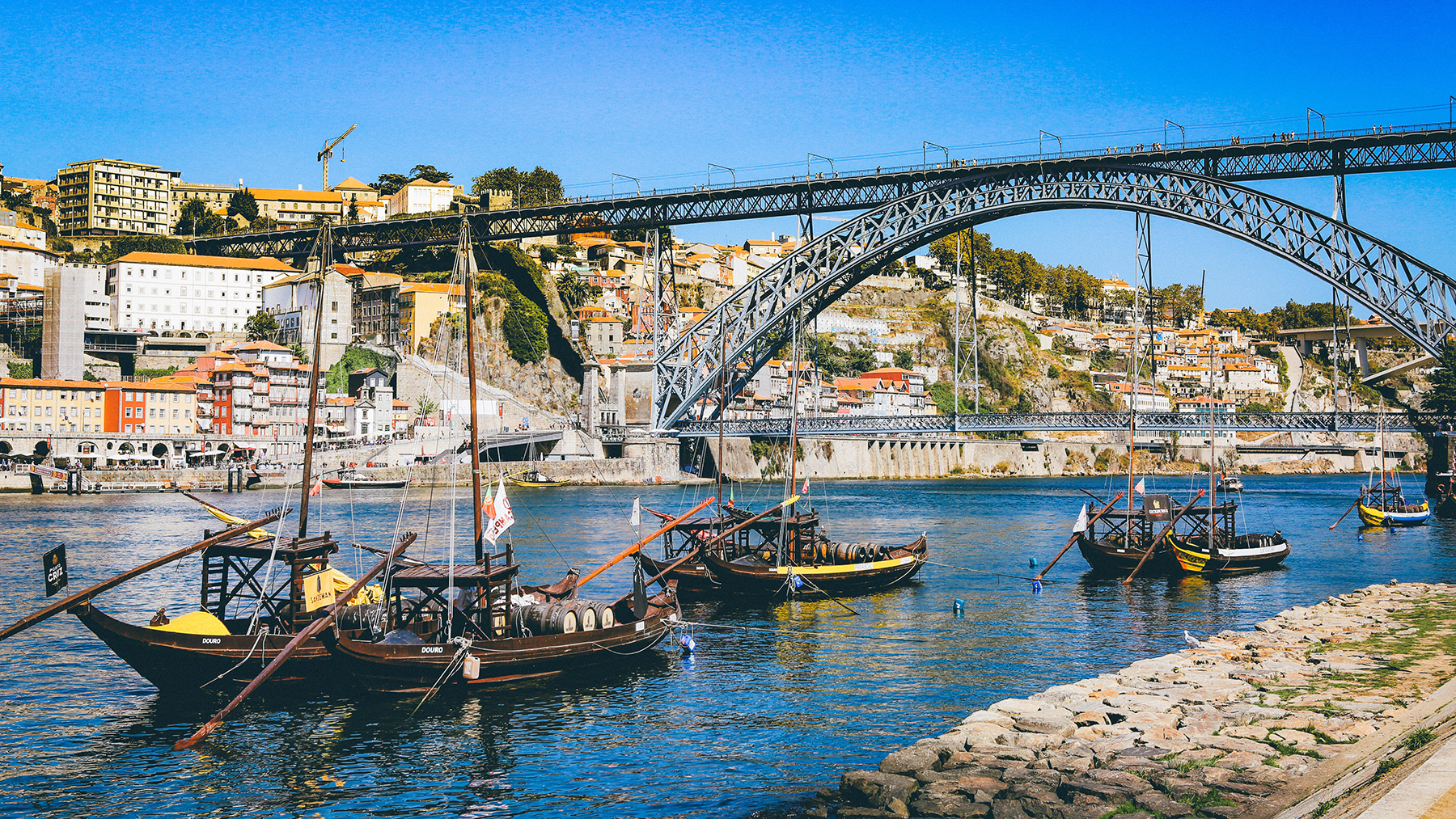 Photo by Nick Karvounis on Unsplash

Finish off your time in Porto with a long lazy dinner at one of the many restaurants to be found in the city having soaked up Porto’s rich history and dynamic modern vibes.

Travel Tips
48 Hours in Tel Aviv
Tel Aviv is often mistakenly thought of as the capital of Israel. It may not be the official capital, but it is the younger, hipster sister of the historical, holy, and serious official capital Jerusalem. On paper, 48 hours in…
Read more

Travel Tips
Things You Have to Know About Tel Aviv
The Eurovision 2019 song contest is only three weeks away – and you still have time to book a flight to Tel Aviv and even buy tickets to the event itself! If you're in Tel Aviv for the first time,…
Read more

Travel Inspiration, Travel Tips
48 Hours in Marrakech, Morocco
Over the past few years, Marrakech has grown greatly in popularity among tourists around the world, securing its place on countless travelling bucket lists due to its charming atmosphere, unforgettable landscapes and the intoxicating blend of European, African and Middle…
Read more