5 Dishes Worth Travelling For

Taking some time off has always been the usual excuse for travelling. Nowadays people travel to experience new cultures, to explore their inner selves and to clear their heads from the stress of day to day routine. Since the term Foodies has become so common and legit in modern society, travelling to explore faraway food cultures has become very popular. After all, who doesn’t love an adventure involving a great dish served in a foreign place??

It might seem like overdoing it, but we believe really good food is the best excuse to get on a plane. Here are five dishes that are definitely worth making the trip for:

Stroopwafels are a wafer cookie made from two thin layers of baked dough joined by a caramel filling. The Stroopwafel is probably one of the Netherlands’ most known treats and the simple, more industrial version of it, can be found in many supermarkets and coffee shops around the world. But when we’re talking about the real thing, as far as we’re concerned – real stroopwafel is a good enough reason to cross oceans for.

“Van Wonderen“ bakery in Amsterdam is one of the most famous places where you can try this piece of carbs-caramel heaven. Their wafels are not only considered delicious but are also the most Instagramable ones in Amsterdam. Apart from the classic plain version, “Van Wonderen“ has taken topping options to a new level, offering a variety of chocolate covers and colourful candies to make you happy even before the first bite.

A Family Made Traditional Pasta in Florence 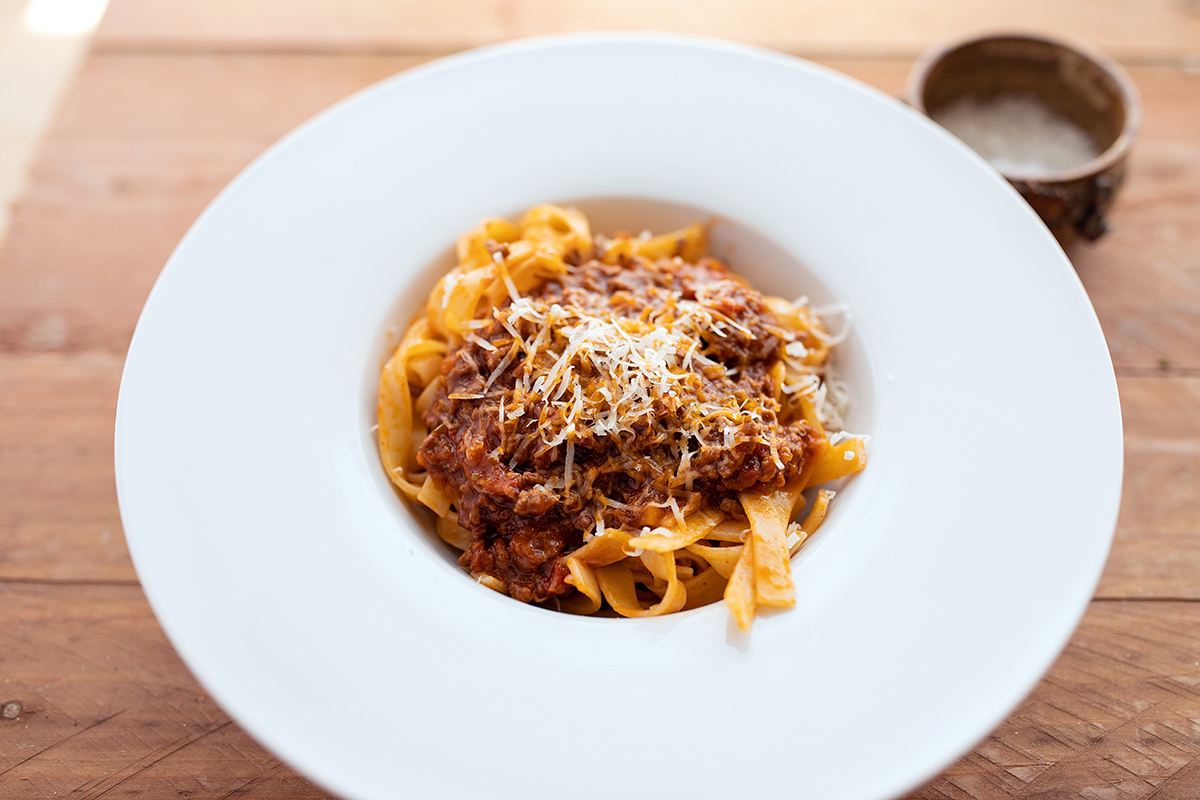 Call us traditional or old school, or simply old…but we still believe that a homemade style Italian pasta dish is worth travelling for, no matter how far. Toscany is known to offer not only breathtaking scenery and great wines, but it is also one of THE BEST places in the world to enjoy exceptionally delicious food. Pasta may sound like a simple dish to travel for, but a great dish of traditional pasta in a local Italian trattoria, in one of the most beautiful cities in the world is guaranteed to change your mind.

Tagliatelle al sugo is probably one of the most common Italian pasta dishes – it’s the Tuscan style ragu, with ‘the holy trinity’ of onion, carrot and celery, slightly caramelised and is probably one of the best comfort foods the Italian kitchen has to offer. The “Trattoria Sabatino” in Florence is a family-owned restaurant established in 1956. It’s everything you can imagine an Italian restaurant to be: cosy, warm, friendly and it offers some wonderful family dishes. The trattoria has a classic Italian menu, mostly known for its classic Tagliatelle al sugo that promises to make you feel like no matter how long it took you to get there… it was definitely worth the effort! 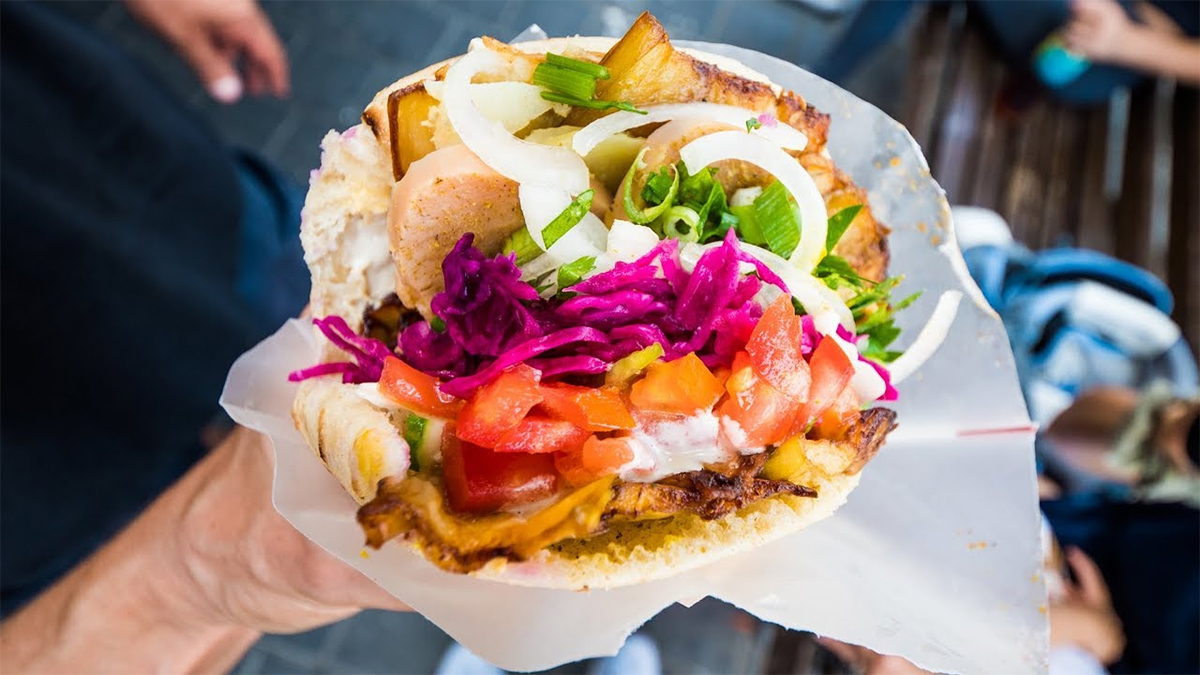 The Israeli-Iraqi street food known as Sabich is a pitta bread filled with delights. Based on fried eggplants, it also contains hard-boiled egg, tahini and potato slices. Though the combination might sound strange at first, the outcome is nothing less than a heavenly sandwich.

“Sabich Tchernikhovski”, located in the heart of Tel Aviv, just five minutes away from the lively “Carmel” market, is considered one of the best places in Israel to get some of that sabich magic. It may not seem like more than a simple food-stand, but the “always there” queue of people waiting patiently for some sabich, is the sure fire sign that this is not just another street-food stand. 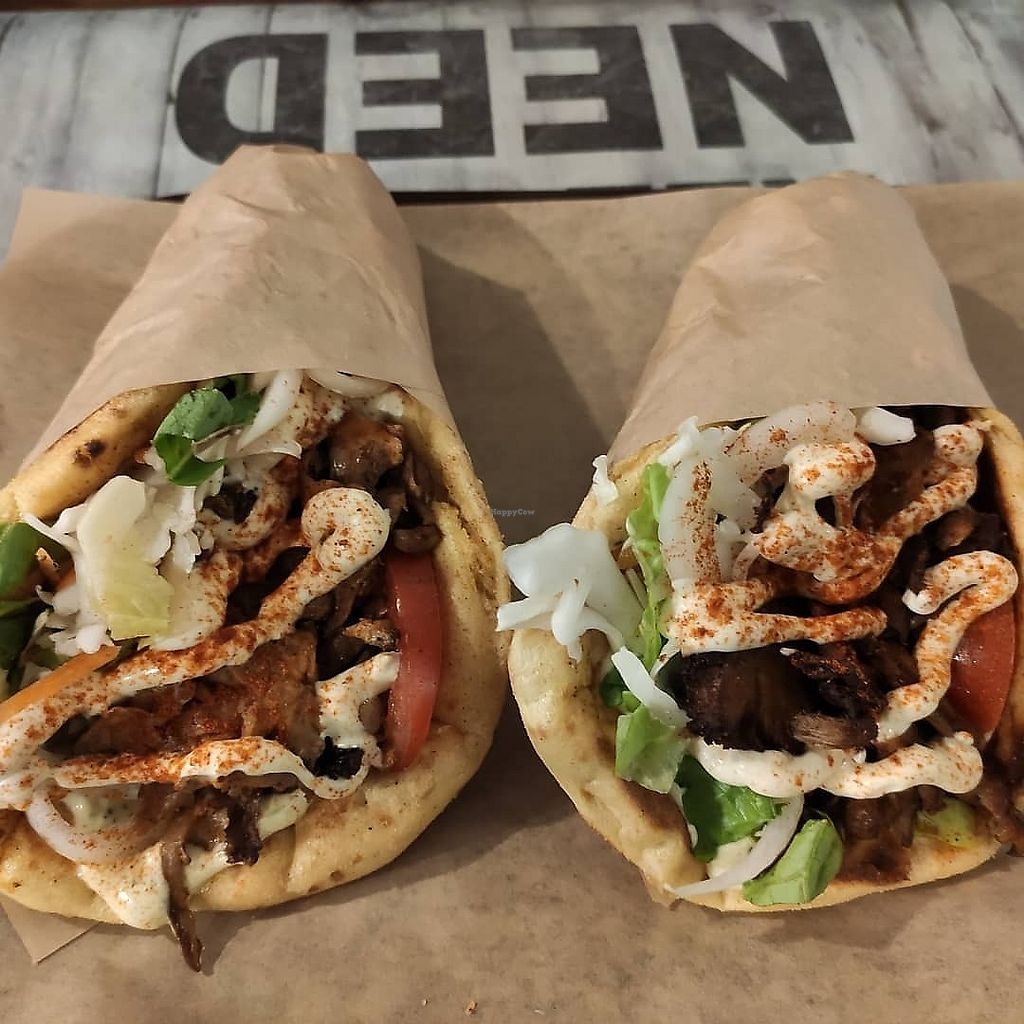 Gyros is traditionally considered the local Greek version of kabab – a grilled lamb-meat based dish served either rolled in a bread wrap or on a plate with a salad and pieces of flatbread as a side. In the past three years, the Athens food scene has come to life with new restaurants offering fusion dishes, based on the traditional local kitchen mixing in new contemporary approaches.

The demand for healthy, non-meat based food, has not skipped Greece’s traditional dishes, and the “Vegan Beat” in the South of Athens centre is now offering the traditional Gyros in its very vegan version. Said to be even better than the original one, the “Vegan Beat” has become a MUST stop for vegans and omnivores alike. The vegan versions of the Gyro are made either of mushrooms, tofu or beans.

The Next Level Version of French Fries in Canada 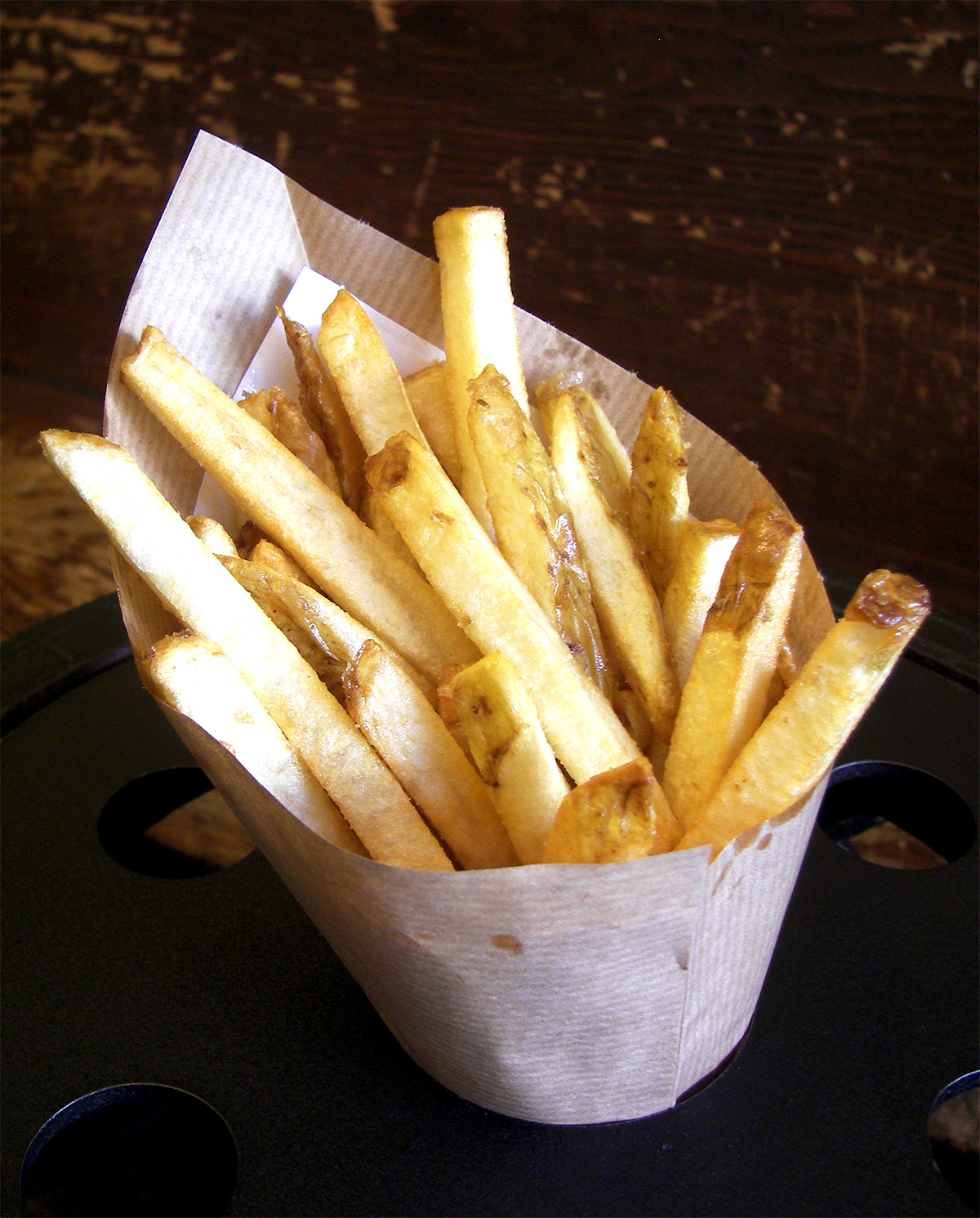 Originating in the Canadian province of Quebec, the Poutine (french fries and cheese curds topped with brown gravy), is poised to take French fries to a whole new culinary level.

The Poutine has been around  Quebec centre since the mid-1950’s and for many years the dish was considered “simple food” that was looked down on and was used to mock and stigmatise the people of Quebec. That stigma has changed with time and now there’s even a national Poutine holiday, which is celebrated in Montreal and other Canadian cities (all the way south till Chicago!).

The local “Fritz” in downtown Vancouver specialises in French Fries and the Poutine here has its own dish classification alongside sandwiches and dumplings. It’s addictive. Good luck!

(at Granville) Vancouver, BC

Travel Tips
5 Must-Eat Foods in Taipei Night Markets
Taipei is a city renowned for its delicious delicacies and the best place to find the most authentic food is in the night markets, which are often located near temples or schools. The following are five of the must-eat foods…
Read more

Travel Inspiration
48 Hours in Cannes
Cannes has become synonymous with luxurious vacations. If you are searching for a taste of the Good Life, Cannes is definitely your next destination. We have put together the perfect list of “musts” for a 48 hour getaway to this gem…
Read more