A day in Brussles, Following Tintin

This week marks the 90th birthday of the most famous thing – after chocolate –  to come out of Belgium. The never-leaving-a-stone-unturned, ever young, probably one of the world’s most known investigating- reporters, Tintin.

Tintin was first published on January 10th 1929. What started as a comic strip in a Belgian paper, soon turned into a series of 24 comic albums created by Belgian cartoonist Georges Remi, who wrote under the pen name Hergé. The series was one of the most successful European cartoons and was published in over 70 languages worldwide.

Tintin was a characteristic, ageless and fearless journalist who was a world traveller that went on extreme adventures, always seeking out the truth. He was accompanied by his loyal dog Snowy and was often joined by the cynical Captain Haddock and the intelligent, hearing-impaired Professor Calculus. And let’s not forget the incompetent detectives Thomson and Thompson.

Hergé loved Brussels, and it is where he often found inspiration. To mark the birthday of this worldwide beloved character, we have put together a list of the best Tintin locations in Brussels, which will make even the most “Tintin who?” person fall in love with this charming fellow:

There is probably no better place to start looking for Tintin in Brussels. The center offers a life-size moon rocket and a bust of Tintin made of stone. While there, you can enjoy other shows as well (hello, Smurfs!)

This iconic hotel was drawn as a background to many of Tintin’s Brussels scenes, mostly on The Seven Crystal Balls book. Even non-Tintin fans will be impressed by this old style hotel and its surroundings. 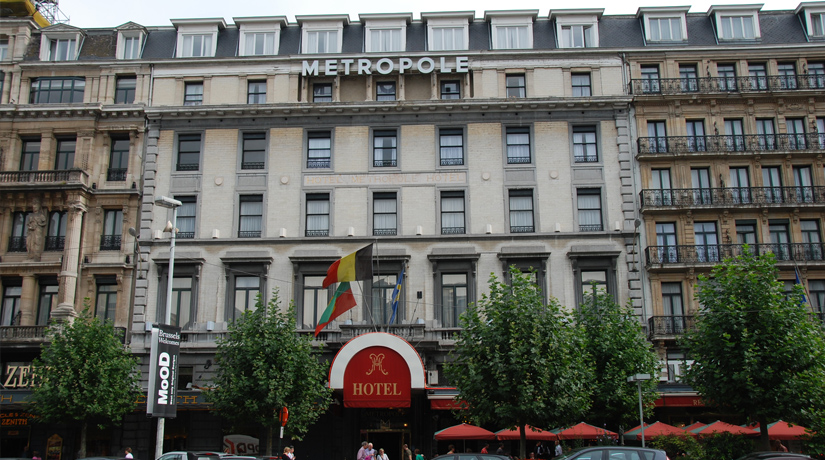 From keychains to signed prints, to figurines and collectors’ items, this shop offers everything Tintin.

This coffee-bar which dates to the early 1920’s, was one of Brussels most artsy spots, frequented by famous artists, painters, poets and writers – Herge among them, where he ordered a drink of Gueze, his favourite beer.

Take a break and have a drink and a bite to eat here, whilst chasing Tintin around  Brussels.

The Royal Palace is a Brussels must see for all visitors, Tintin fans or not. This impressive building is open to public From 22 July to 2 September and can be visited free of charge, except on Mondays. Tintin fans will recognise the Palace from Volume 8. of the Tintin series King Ottokar’s Sceptre, where it was set as the royal palace of King Muskar XII. 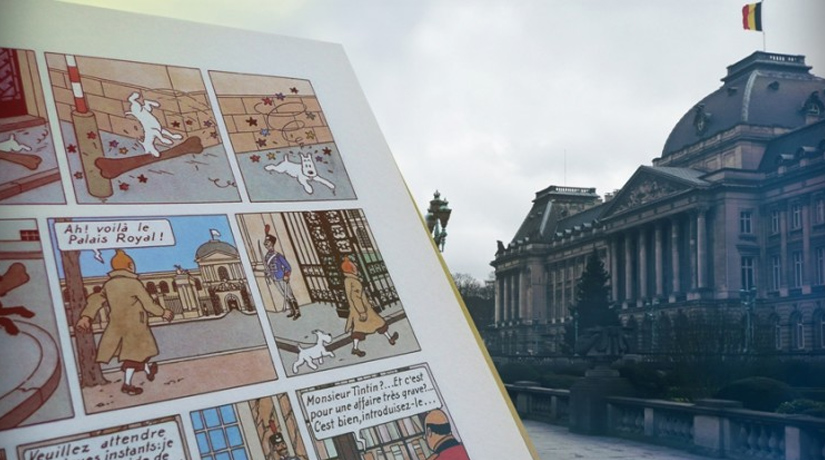 There are 40 murals featuring famous comic-strip characters in Brussels. You can join a guided walking tour or just tour the city and discover them yourself. This beautiful mural represents a drawing from the album The Calculus Affair, published in 1956. Others can be found at the Gare du Midi and at Stockel metro station; and a black-and-white mural at the Gare Brussels-Luxembourg reproduces a large Christmas cartoon that Hergé did for the À l’Innovation department store in 1932. 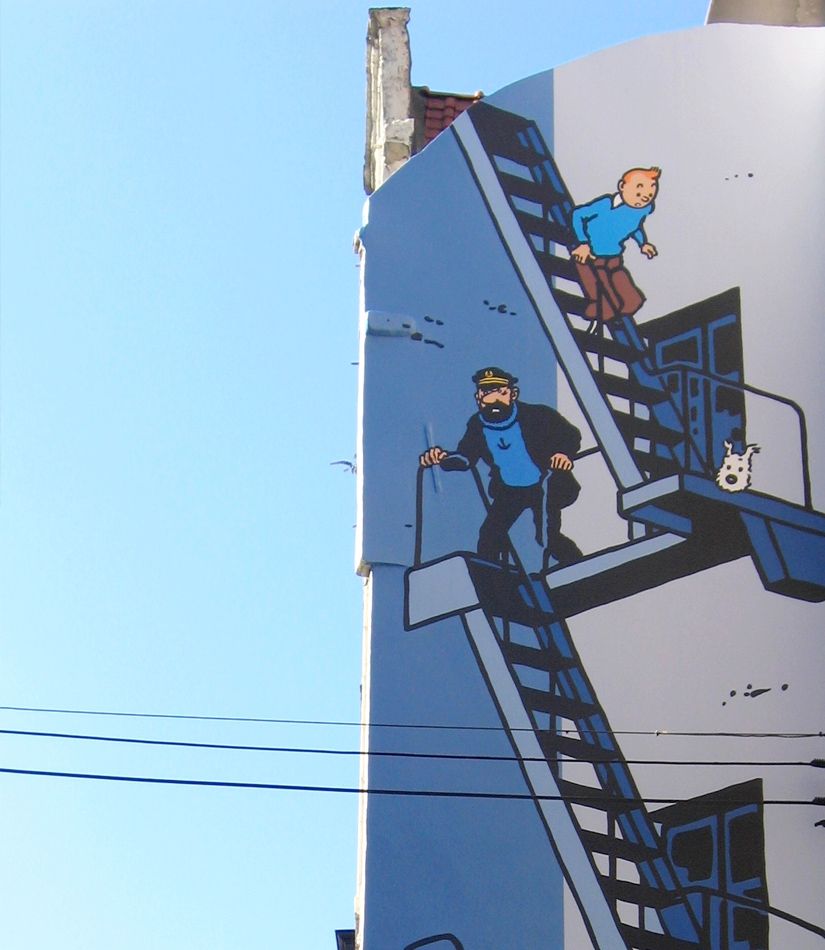 Probably the most Tintin-ish location of them all. This second-hand market was set as the location for many Tintin scenes and has gained much of its reputation and popularity thanks to Tintin and its creator Hergé.

We’ll end this with one of our favourite TinTin books quotes: “Tintin! Are you dead? Say yes or no but answer me!”

Travel Inspiration
Where to Travel in July – Festivals Month!
Yes, we really love festivals. Can you tell? Here are some of THE BEST festivals you can attend this month. We do have to say that narrowing down the list was almost impossible!   OPEN'ER FESTIVAL, GDYNIA, POLAND 3–6 July 2019…
Read more

Travel Inspiration
100 Years Bauhaus Celebrations
This year marks the 100th Birthday of the Bauhaus, a word synonymous with design and architecture. The Staatliches Bauhaus commonly known as just Bauhaus was a German art school which operated from 1919 to 1933. Teaching combined crafts and fine…
Read more

Travel Inspiration
6 unusual museums to consider on your next trip
Adding a museum visit to your trip is a sure way to make your trip a memorable one. Especially when the museum is really unique. Here are our favorite ones to add to your next trip:   What: Museo Lavazza…
Read more