Ferris Wheel Day is celebrated on the same date as Valentine’s Day. Coincidence? We don’t think so. A Ferris Wheel ride is a really romantic option for a day or night out in the city!

The original Ferris Wheel was designed and constructed by George Washington Ferris Jr. for the 1893 World’s Fair in Chicago, Illinois. The organisers of the fair wanted an attraction that could rival what was unveiled at the 1889 World’s Fair in Paris – the Eiffel Tower. George Ferris responded to a challenge issued by the organisers and promised that his wheel would “Out-Eiffel Eiffel”. He spent $25,000 of his own money on safety studies, hired more engineers and recruited investors. When it was finally opened to the public the Ferris Wheel was supported by two 140-foot tall steel towers, with a 45-foot long axle between them, measured 250 feet in diameter and carried 36 wooden cars, each capable of holding 60 riders. It was lit up by 3,000 of Thomas Edison’s new light bulbs and it was a huge success and a marvel of engineering.

We’ve put together a list of the most famous Ferris Wheels  – now more familiar as observation wheels – worldwide, so whether you’re looking for some romantic Valentine’s ideas or just happen to visit the cities on the list, don’t miss out going for a ride.

The London Eye:
The London Eye is Europe’s tallest cantilevered observation wheel, located on the South Bank of the Thames River in London. It’s the UK’s most popular paid tourist attraction with over 3.75 million visitors annually! When it first opened to the public in 2000 the 135-meters tall wheel was the world’s tallest Ferris wheel. 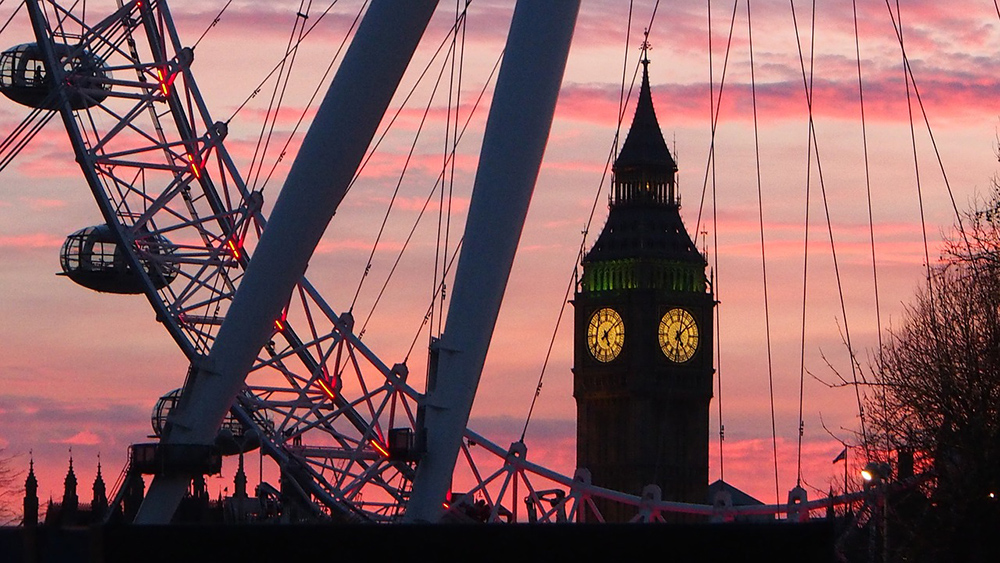 Big O Tokyo:
This centre-less non-rotating Ferris wheel has a diameter of 60 metres and was listed as the world’s largest centre-less Ferris wheel by Guinness World Records in 2006. Tokyo’s largest roller coaster, the 130 kilometres per hour “Thunder Dolphin”, passes through the centre of the wheel.
Karaoke machines were added to eight of its 40 gondolas in August 2017. 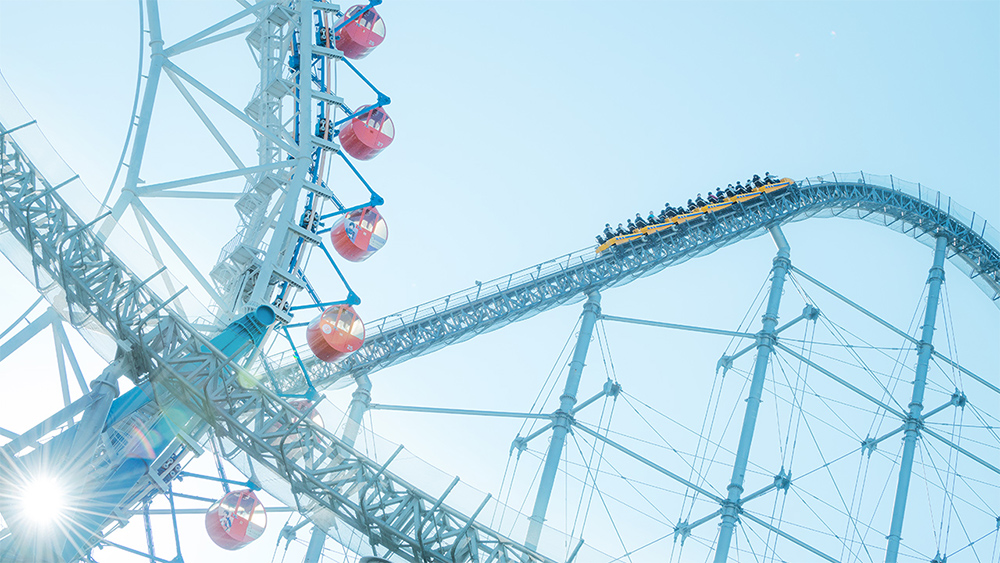 The Singapore Flyer:
Described by its operators as an observation wheel, this giant Ferris Wheel opened to the public on March 1, 2008. The Flyer has an overall height of 165 metres and was the world’s tallest Ferris wheel until the 167.6 meters “High Roller”, just 2.6 meters taller than the Flyer, opened on the Las Vegas Strip in Nevada on March 2014. The site includes a tropical rainforest garden and each of its 28 air-conditioned capsules can carry up to 28 passengers. 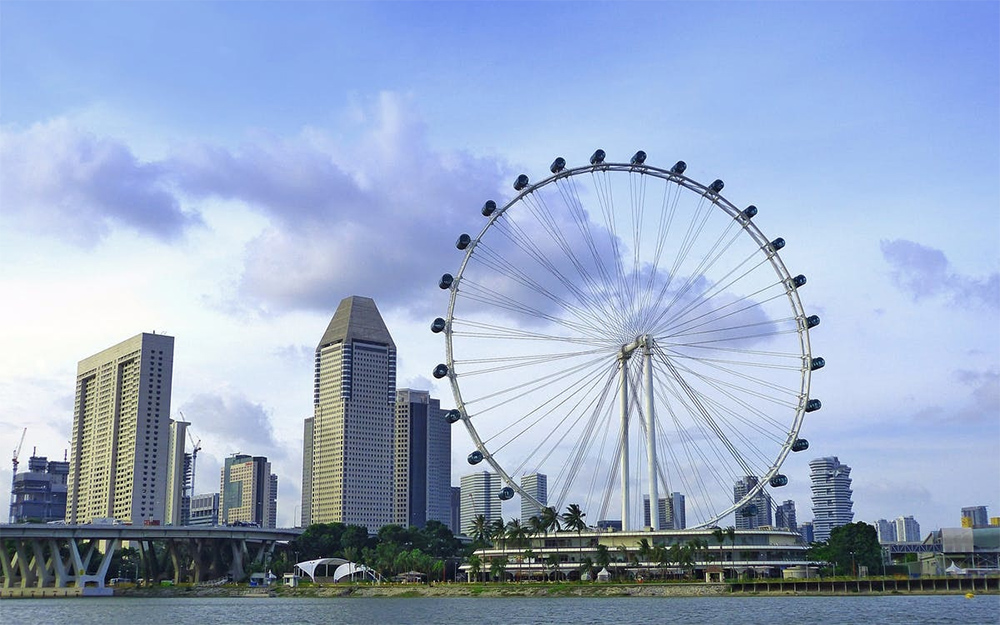 High Roller, Las Vegas:
Measuring 520 feet in diameter the High Roller eclipses both the London Eye and Singapore Flyer. The highest Ferris Wheel in the world is located on Las Vegas Boulevard, across from Caesars Palace. It was completed in 2013 and was first opened to public on April 2014. The wheel takes 30 minutes to complete one rotation – long enough for a Vegas wedding to take place in it (for real!). 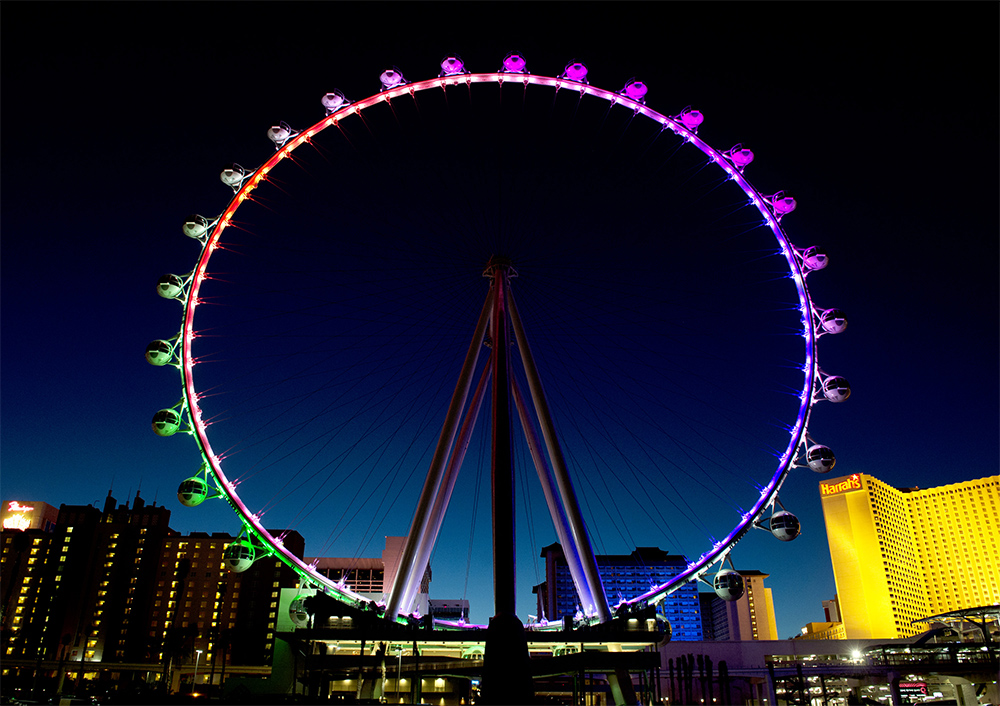 Riesenrad, Vienna:
Located inside Vienna’s Prater (world’s oldest amusement park), Riesenrad Ferris wheel in Vienna is the oldest operating Ferris wheel in the world. It was constructed in 1897 and was the world’s tallest Ferris Wheel from 1920 until 1985. At 64.75 metres tall it is located at the entrance of the Prateramusement park in Leopoldstadt, the 2nd district of Austria’s capital Vienna.

Miscellaneous
Year of the Pig + a Giveaway!
***update! We have a winner - scroll down to see if you're the lucky one*** The pig is the twelfth of the 12-year cycle of animals which appear in the Chinese zodiac and 2019 marks the year of this lovely…
Read more

Travel Inspiration
3 of the Most Beautiful Cemeteries in the World
Historical landmarks of stunning beauty created by man to remember those that have gone before him, cemeteries are not just somewhere for the dearly departed to haunt.  Plenty of tourists love to meander around graves, as many are places of…
Read more

Travel Inspiration
Love Lock Guide: Romantic Bridges Across Europe
Back in 2015, the Parisian government decided to put an end to a long-lasting romantic tradition. Adding millions of love locks on one of its most popular bridges was making it sink. Europe mourned the end of an era for…
Read more