Year of the Pig + a Giveaway!

The pig is the twelfth of the 12-year cycle of animals which appear in the Chinese zodiac and 2019 marks the year of this lovely creature yet again. In Chinese culture pigs are the symbol of wealth. Why is it the last one on the Chinese zodiac? According to one myth, the Jade Emperor said the zodiac order will be decided by the order in which the animals arrived to a party he was throwing. Pig overslept and was the last one to arrive. Another story tells that a wolf destroyed his house and he had to rebuild it before he could set off. When he finally arrived he could only take twelfth – and last – place.

If you were born in the year of the Pig, being late and over sleeping isn’t necessarily a characteristic of yours. On the contrary, those who are born in Pig years are considered to be very energetic and are always enthusiastic. Though they don’t start with an advantage, their hard work will keep money flowing in, along with good fortune.

There are five types of Pigs named after the Chinese elements: Metal, Water, Wood, Fire and Earth. We have put together our own list of five famous pigs to celebrate the new Chinese Year of the Pig and to give respect to the great animal which surely deserves it but rarely gets it. We have also a great giveaway for you guys, so read on and see what it takes to enter:

Since her 1976 debut appearance on Jim Henson’s The Muppet Show, Miss Piggy has been notable for her volatile Diva personality, tendency to use French phrases in her speech and practice of karate. She is also known for her on-again/off-again relationship with Kermit the Frog, which began in 1978 and has been on a hiatus since 2015. Miss Piggy is queen mother of all pigs and the definition of Diva. Love her or hate her, no one can stay indifferent when it comes to Miss P.

The oldest pig on our list is also the smallest, baby-ish one. Born in 1926, Piglet is a fictional character from A. A. Milne‘s Winnie the Pooh books. Although he is a “Very Small Animal” of a generally timid disposition, he tries to be brave and on occasion conquers his fears. 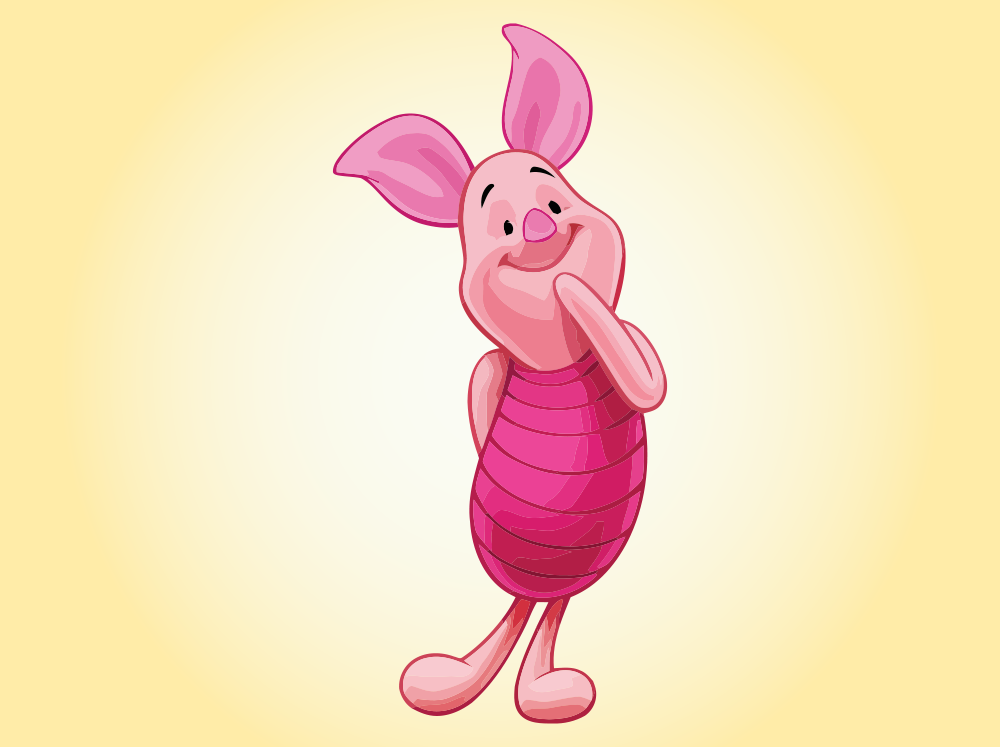 With a film named after him, Babe is probably the most famous on-screen pig. The 1995 film Babe is an adaptation of Dick King-Smith‘s 1983 novel The Sheep-Pig, also known as Babe: The Gallant Pig, which tells the story of a pig raised as livestock who wants to do the work of a sheepdog. Forty-eight (!) different pigs were used for the part of Babe, in what was considered a groundbreaking production, combining real and animatronic animals. Babe was a box office success grossing over $254 million worldwide. 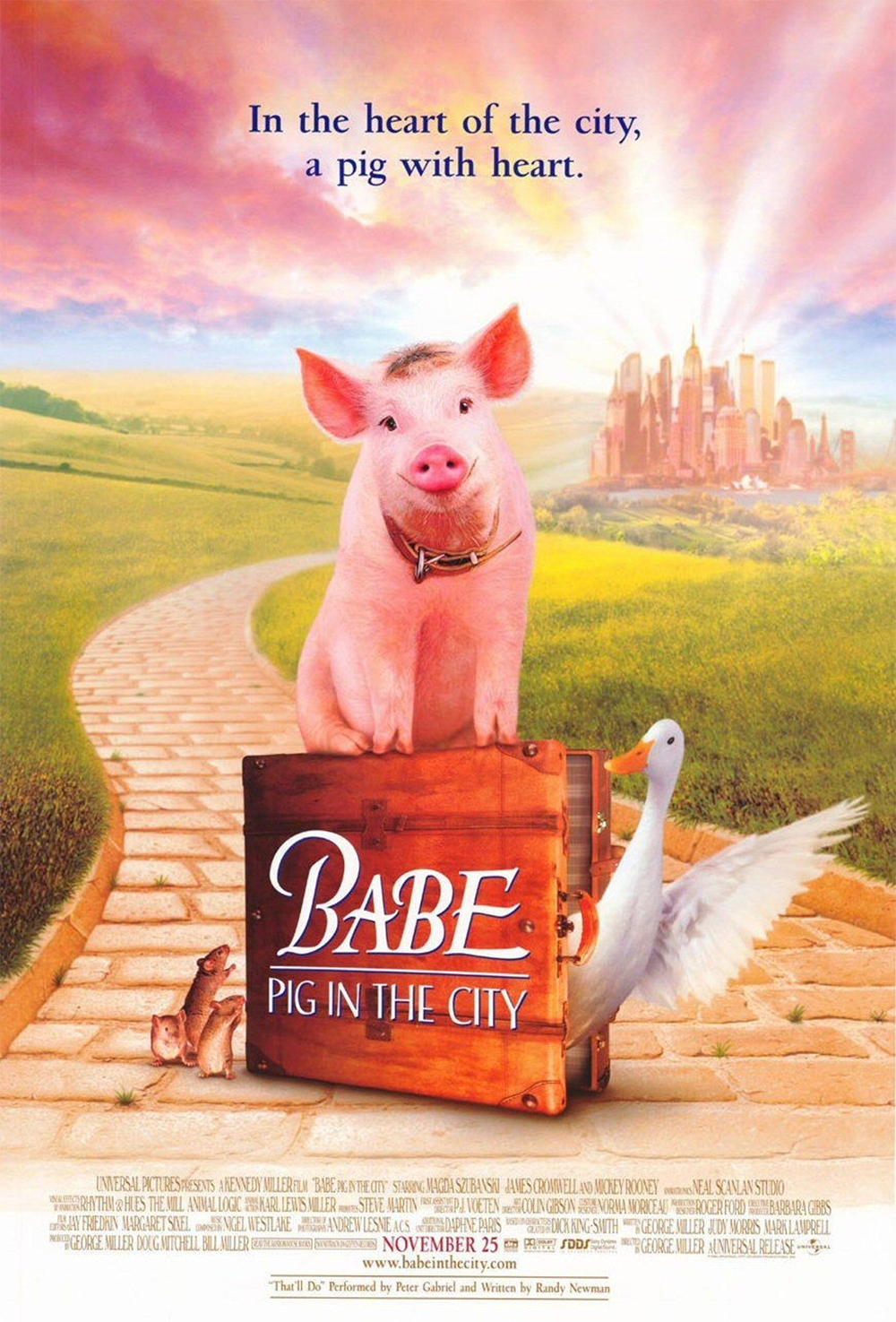 Oh gosh we LOVE her. Peppa is the Star of a British preschool (and adults!) animated television series which originally aired on May 2004. She’s a four year old loud and energetic piggy who is easily excited, curious and playful. Along with her family and animal friends, they all learn about the world and the delight of jumping in muddy puddles.

This Disney’s Toy Story character is, according to Disney’s website: “a wise-cracking plastic piggy bank with a cork in his belly. Andy gives him an alter ego, Evil Doctor Porkchop, during play but Hamm is definitely one of the good guys”. Hamm made his first appearance on Disney’s Toy Story and although he had a small role in the first part of the trilogy he was instantly liked by the audience, which earned him more screen time on the later Toy Story films.

To officially start our celebrations, we are adding one more cute pig to the list – this time our very own, Travel Blue for Kids’ Pinky Pig!

A soft, cuddly travel pillow for kids and toddlers for use in the car, on a plane or while waiting to get aboard. All you have to do is to follow the instruction on the form below – and you might be the lucky winner of this sweet Pinky Pig Pillow, along with our hogs and kisses! 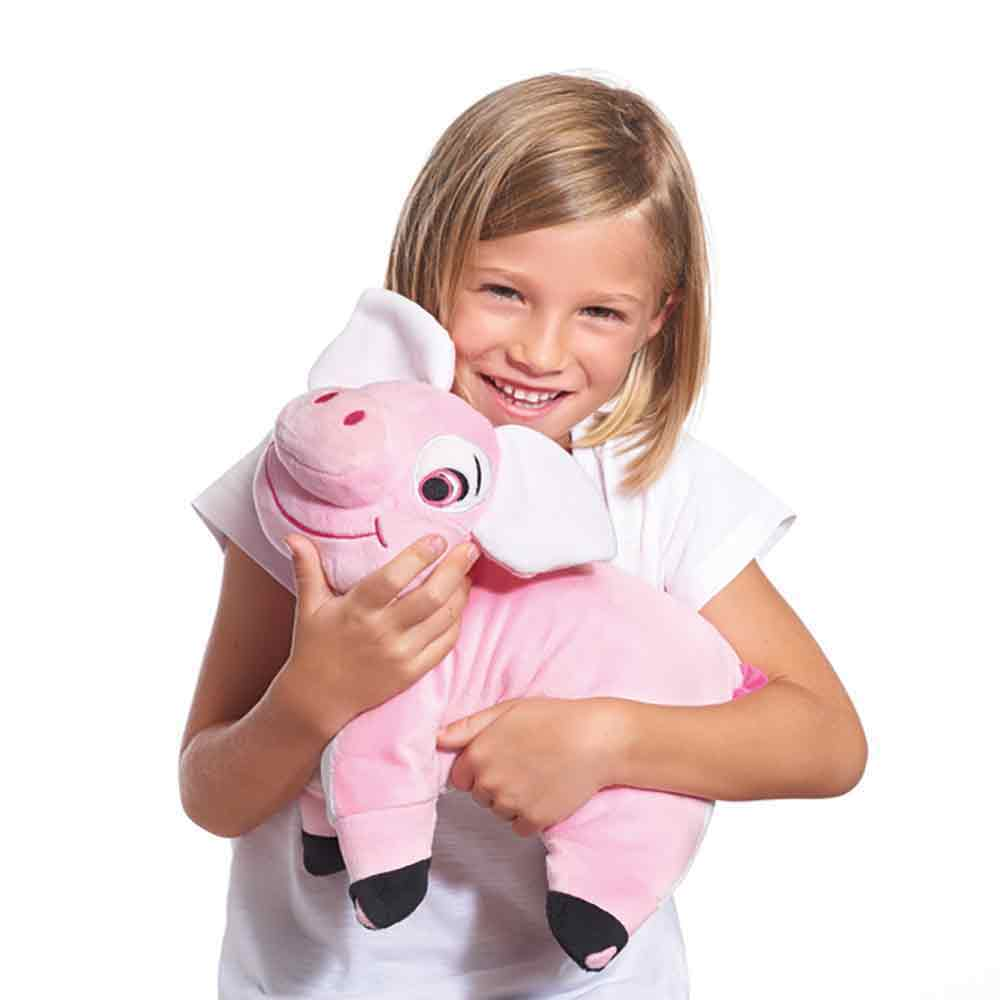 Congratulations Nicki Simpson! You’re the lucky winner. Pinky Pig is on the way!!

News
Introducing: Travel Blue for Kids
You asked, we listened. We're so happy to finally introduce our new baby - Travel Blue for Kids Collection! Sammy the Ram, Kitty the Cat, Tobi the Dragon, Chi Chi the Panda,  Mario the Unicorn and their friends are animal-shaped…
Read more

Travel Inspiration
Best Places to Celebrate Ferris Wheel Day
Ferris Wheel Day is celebrated on the same date as Valentine’s Day. Coincidence? We don’t think so. A Ferris Wheel ride is a really romantic option for a day or night out in the city! The original Ferris Wheel was…
Read more